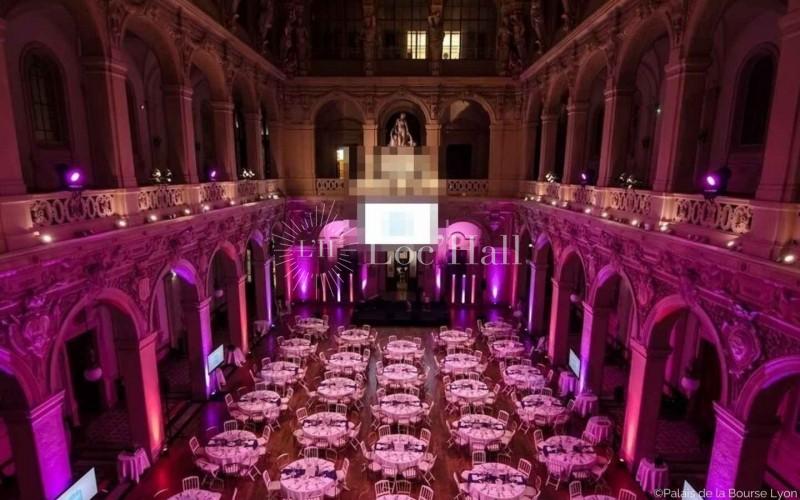 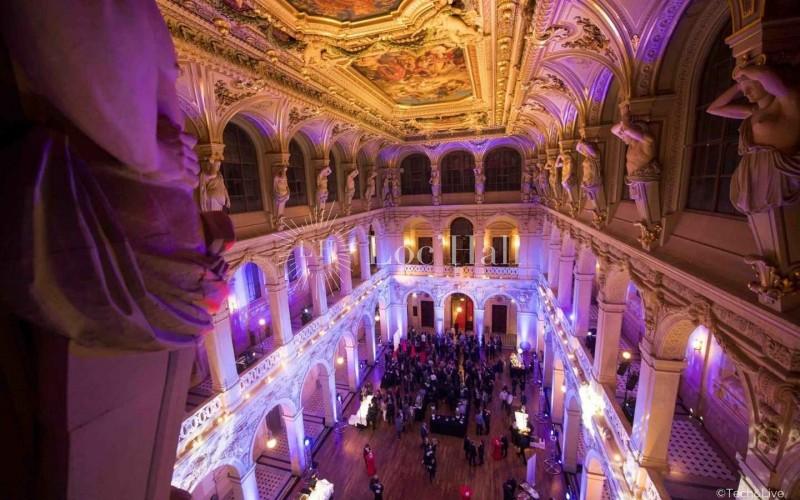 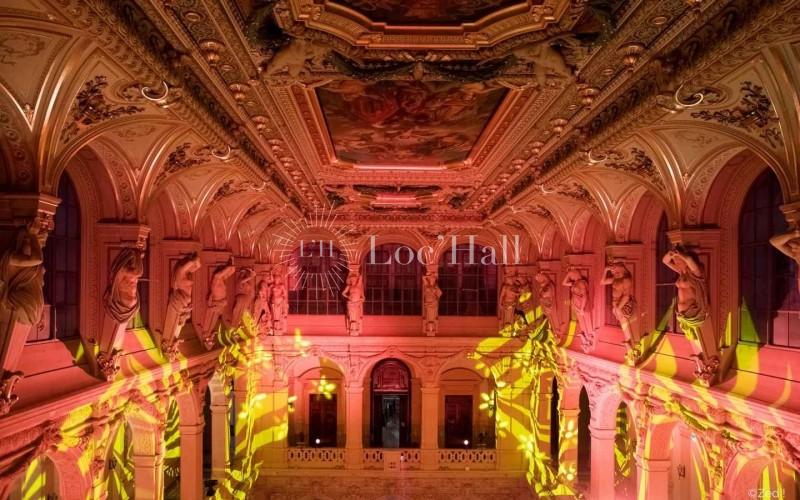 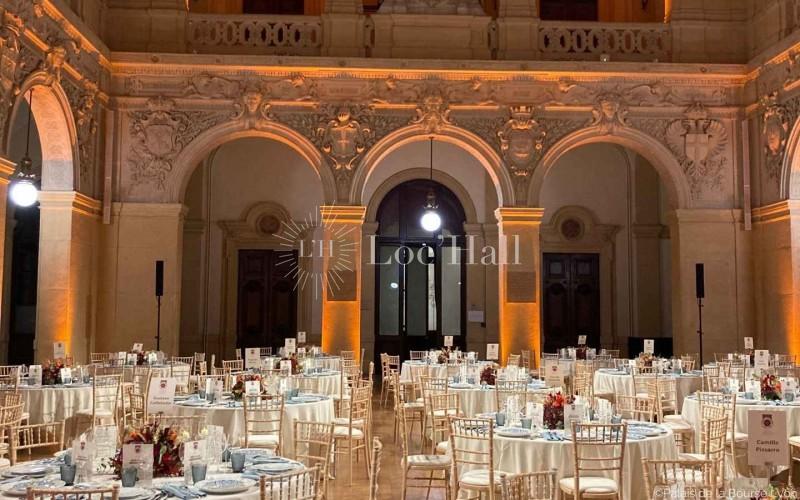 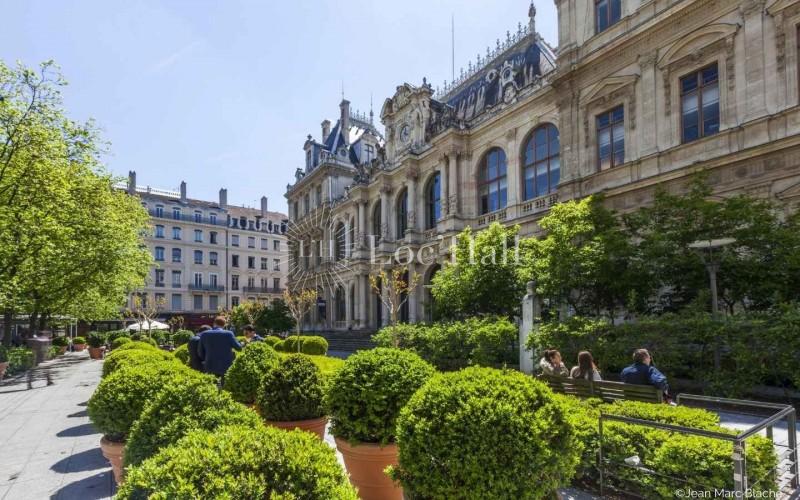 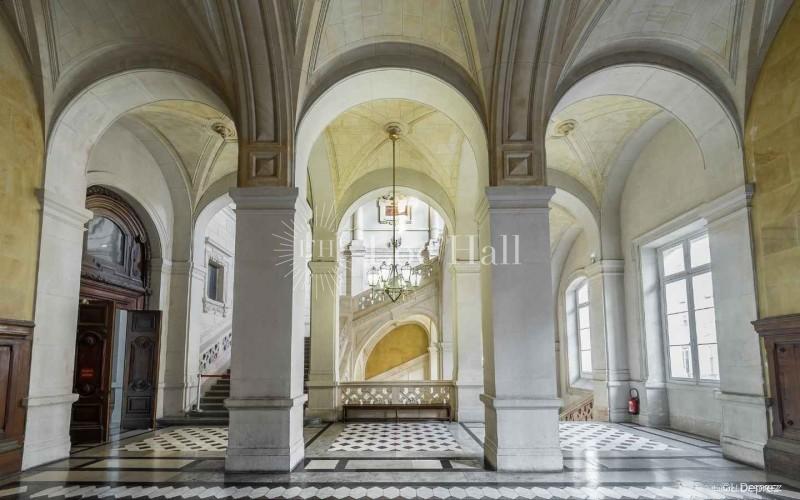 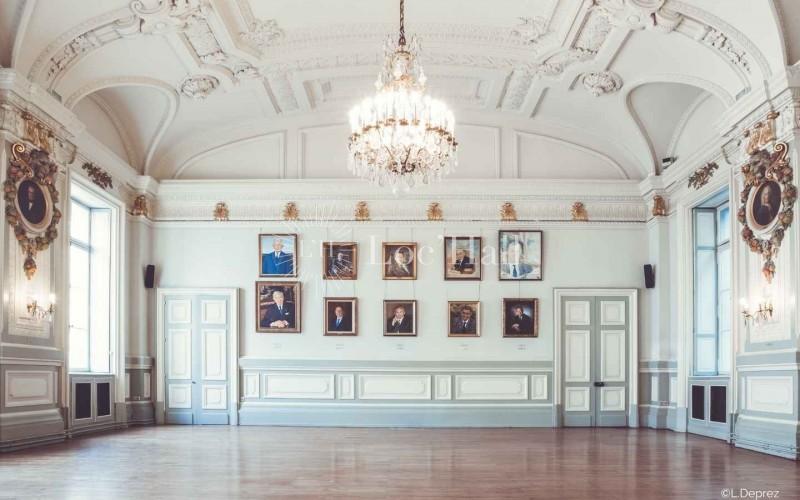 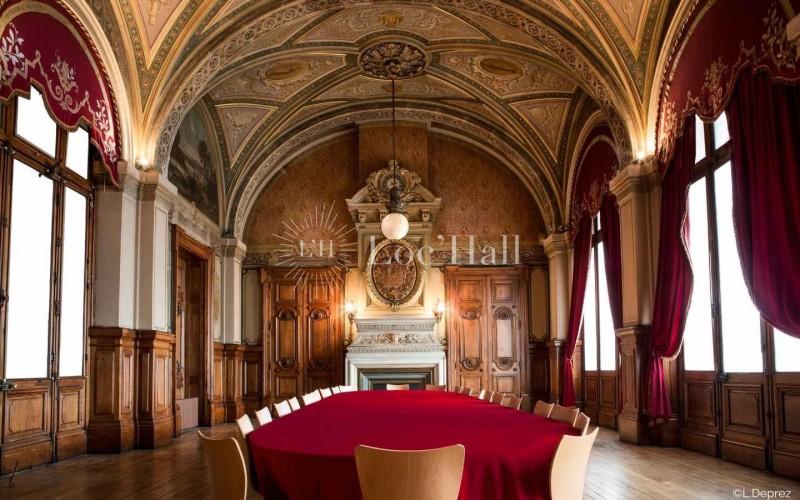 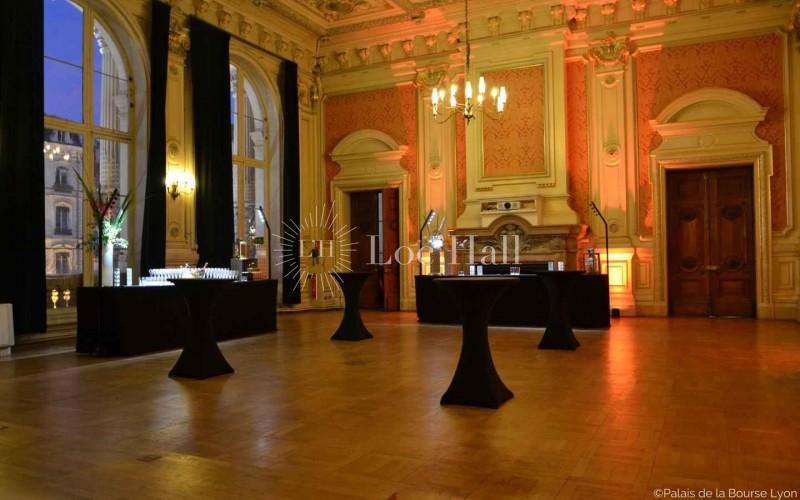 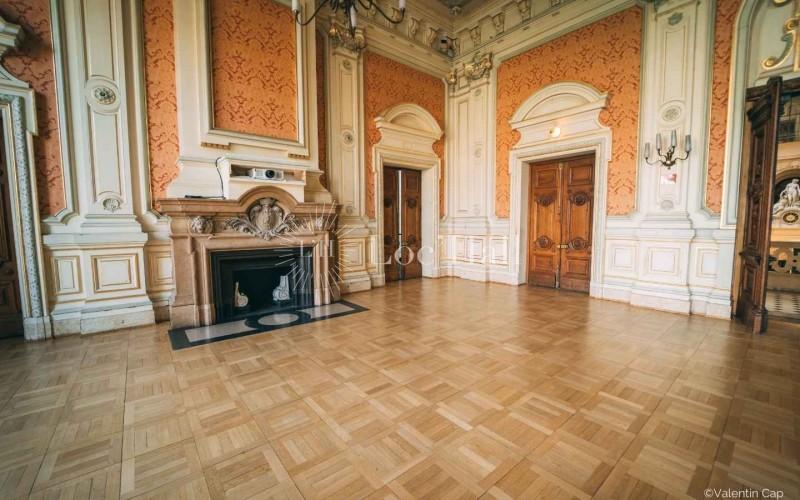 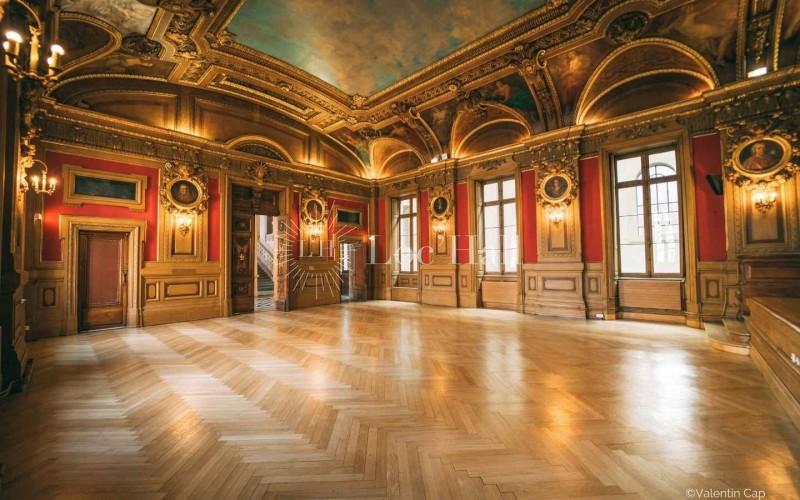 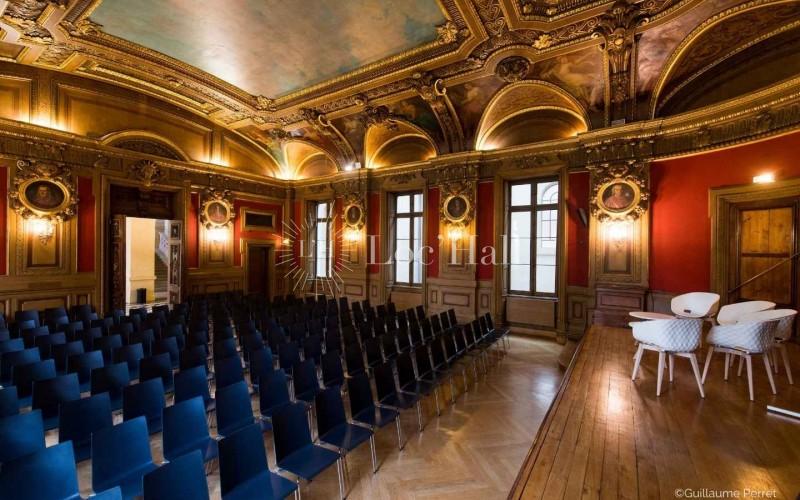 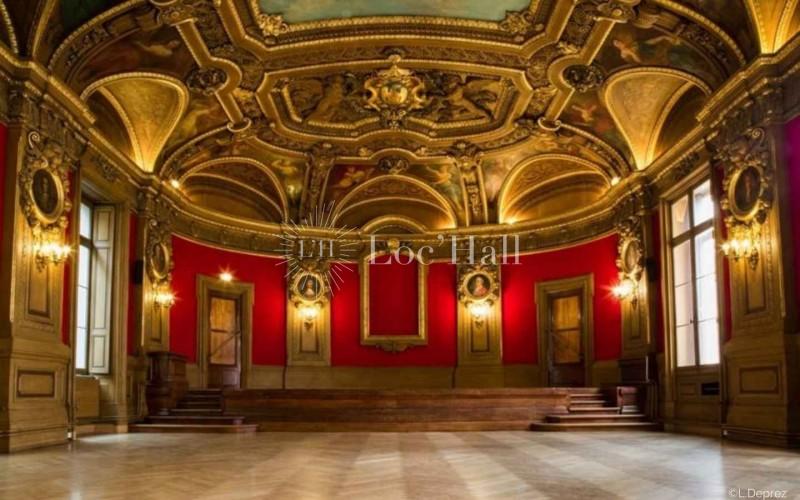 A striking example of neo-Renaissance architecture

In the heart of the Presqu'Île, the Palais de la Bourse de Lyon is an emblematic place inaugurated by Napoleon III and the Empress Eugénie. It offers a majestic setting for your major events. Its construction was decided in 1853 and it was inaugurated by Napoleon III and Empress Eugenie on August 25, 1860. Unchanged since the beginning, it has only been refurbished from the inside and recently renovated between 2000 and 2004.

Built on 3 levels - 3,600 m², the Palais was built on a rectangular plan in the heart of the Presqu'île. Imposing, grandiose and bordered by the rue de la République, this building was intended to bring together the Chamber of Commerce, the Commercial Court, the Industrial Tribunal, the Company of Stockbrokers, the Company of Silk and Merchandise Brokers, a Museum of Art and Industry and stores.

A stunningly beautiful place for your receptions

Lyon's flagship monument, classified as a historical monumentin 1994, the Palais de la Bourse de Lyon is the ideal venue for your biggest events.

The Palais lends its spaces to the organization of a wide range of events: gala dinners, cocktails, plenary meetings, business meetings and seminars, conferences and trade shows in all sectors of activity...

Located in downtown Lyon, in the heart of a very attractive area offering hotels, restaurants and shops, the Palais de la Bouse enjoys a privileged geographical location: on the practical side, it is easy to access by public transport, served by the 2 TGV stations, Lyon Perrache and Lyon Part-Dieu, and just a stone's throw from the parking lots. Above all, it offers prestigious spaces that can be adapted to your needs... so many assets to make your event a success!

Recently renovated, the Palais de la Bourse has kept its original cachet and transports your guests under the golds of the prestigious institutions it has housed.

The Ampère, Lumière and Tony Garnier rooms are equipped with sound and video.

For your seminars and corporate events, the Palais de la Bourse de Lyon, in association with the actors of the agency REVACTION PRODUCTION offers a unique historical animation in a flexible format according to your desires.

The ghosts of the Palace, charismatic and mysterious characters intervene in the heart of your event to bring a unique interaction and a touch of humor.

Present at the reception of your guests or intervening in the heart of your dinner or cocktail party, the actors adapt to the typology of your event and propose to stage surprising historical anecdotes, or even a mini interactive team game, all this à la carte...
The objective? Surprise your guests with offbeat characters and offer them a suspended and unexpected moment. In short, to leave them with a lasting memory of your event. 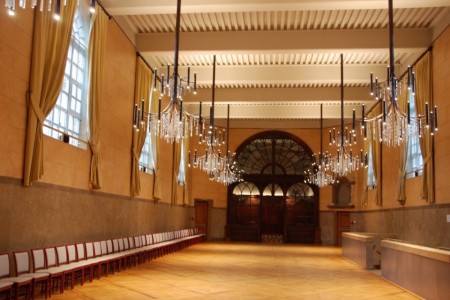 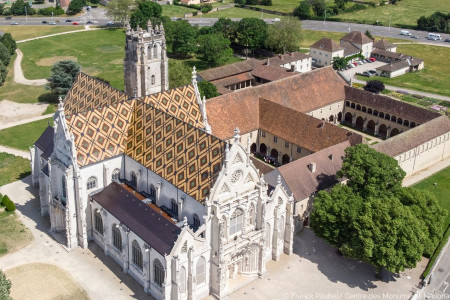 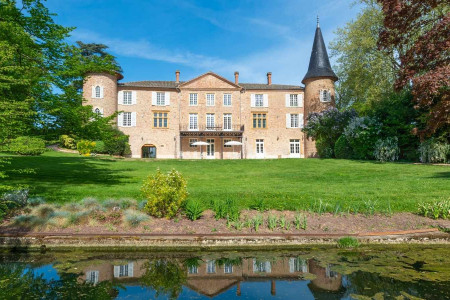 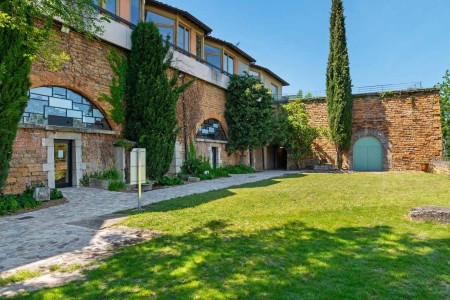