Hotel Le Marois: elegance and refinement of the Second Empire 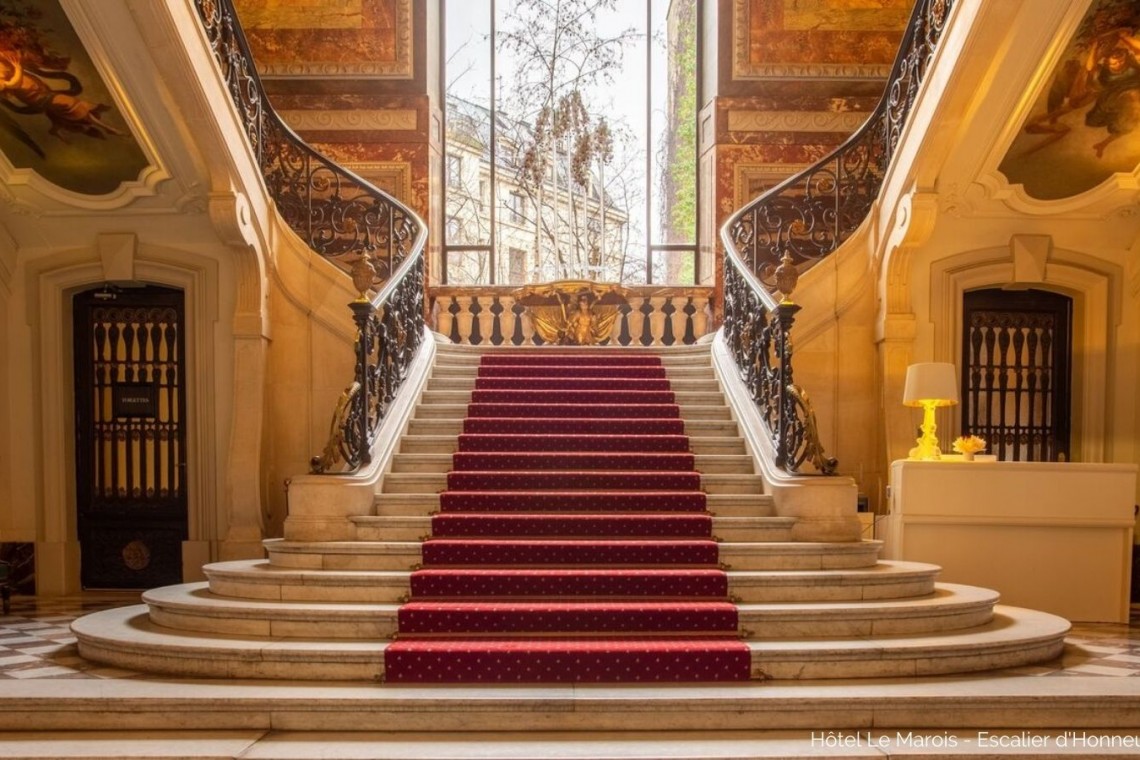 At the end of this summer, we take you to discover a nugget of the VIIIth district of Paris, the hotel Le Marois. Located on avenue Franklin Roosevelt and facing the Grand Palais, the hotel Le Marois is in the heart of the glittering Paris, but it is a residence known only to the initiated, an elegant place, rich of its history and the memory of the personalities who lived there.

Built on the site of a Private Mansion inhabited by Marie Duplessis, a courtesan renowned for her beauty and wit who inspired Alexandre Dumas for his Lady of the Camellias and Verdi for his Traviata, this place exudes an undeniable literary and romantic charm.

The Marois, a family from the Napoleonic epic

Jean Le Marois, father of the sponsor of the Le Marois Hotel, distinguished himself during the Revolution by acts of courage and was noticed by General Bonaparte, who made him his aide-de-camp and then his best man at the time of his marriage to Josephine de Beauharnais in 1796.

Jean Le Marois made a brilliant career in the army; loyal to the emperor he was made general and then count. When the Empire fell, he left public life and died in Paris in 1836, leaving a large fortune.

It would be the origin of one of the great Napoleonic citations. Indeed, in 1813, when General Le Marois wrote a letter to the Emperor about the impossibility of defending the city of Magdeburg, which he was in charge of, he received the scathing reply. "Impossible you tell me, impossible is not French!"

His son, Count Jules Polydore Le Marois made a career in diplomacy before turning to politics: a Bonapartist supporter, he was a deputy in 1834 and then a senator in 1852. He is also known for his collection of ancient and modern paintings.

The Second Empire was a period of great construction of private mansions, the fashionable districts moved little by little to the west of Paris towards the Plaine Monceau and the Champs Elysées. These still rural areas, occupied by small discreet houses, crisscrossed by walking paths and venues offer spaces that are easy to free up for beautiful residences.

Following the example of the political and economic elites of his time, Jules Polydore Le Marois had his Private Mansion built in 1863 in this booming neighborhood, where one could meet the Duke of Morny, Prince Napoleon, the sister of Empress Eugenie, and Paîva, the famous courtesan of the Second Empire.

He chose an architect prized by Parisian high society, Henri Parent, to whom we also owe the Jacquemart-André Museum, originally a superb residence built for the couple Nélie Jaquemart and Édouard André.

The hotel Le Marois is built back from the street. It is accessed by a terrace overlooking a Second Empire facade decorated with mascarons and motifs recalling the architectural styles of the eighteenth century. The entrance of the building is surmounted by a magnificent wrought iron marquee that has become emblematic of the place.

Inside, the hall leads to the masterpiece of the house: the monumental imperial staircase. Connecting the first floor to the second floor, where the reception rooms are located, the staircase has kept its very careful decoration whose richness and volumes were intended to impress the visitors and guests of the Le Marois family. The white stucco framing the paintings, the colored faux marble decorating the stairwell, the light coming in from the large bay overhanging the first flight of stairs, the ceiling painted with a triumphant Juno, all contribute to make this climb a unique experience.

Le Marois Hotel from the 20th century to today: the Cercle France-Amériques

After the death of Jules Polydore Le Marois, the hotel was occupied by his son and then, Starting at 1889, by Albertine de Ganay, the youngest daughter of the last Count Le Marois, who held a renowned salon that was much appreciated by the Parisian intelligentsia.

The Cercle France-Amériques, which has owned the site since 1927, is an association founded in 1909 by the former Minister of Foreign Affairs Gabriel Hanoteau to promote contacts and ties between France and the American nations. A place for diplomatic, political and economic meetings, France-Amériques also awards a literary prize, the Champlain Prize, and supports scientific research through the France-Amériques thesis prize. Endally, a piano competition completes the richness of the cultural offer.

The association has given a new meaning to the place by placing the salons of the Hotel Le Marois under the patronage of characters from the history of the American continent: the Frenchmen La Fayette and Montcalm, as well as the founders of the modern Americas such as Washington, Bolivar, Jefferson or Benjamin Franklin.

In the heart of the Golden Triangle, the France-Americas Lounges are the reference event venue in the capital with an exceptional surface area of 850 m² including a terrace and numerous reception areas.

The Washington Room, formerly the grand salon of thePrivate Mansion , is decorated with rich white and gold woodwork, a ceiling painted with skies, an impressive crystal chandelier and a beautiful red marble fireplace. It will allow you to receive up to 150 guests for a cocktail or 75 for a seated meal.

The old dining room, the Bolivar Room, with its Louis XV style decor, will welcome you for receptions from 25 to 100 guests.

In the salon La Fayette, with its red walls and golden woodwork, you can organize events for 25 to 60 guests, as well as in the former smoking room, called the salon Montcalm, with its imposing fireplace and its stained glass windows bearing the Le Marois name.

The museum of Parisian life is back!

Quick, a place for the parties! 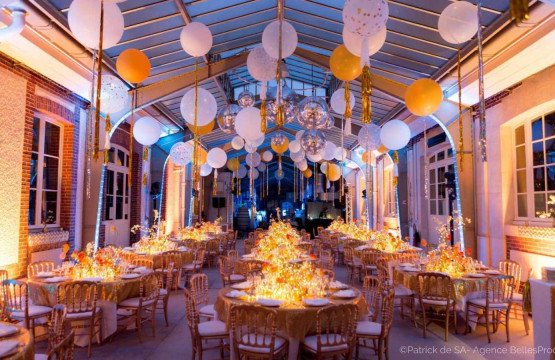 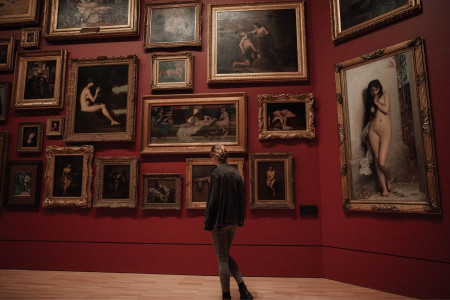 The year 2023 has many surprises and great events in store for all art and culture lovers. We suggest you... Read more 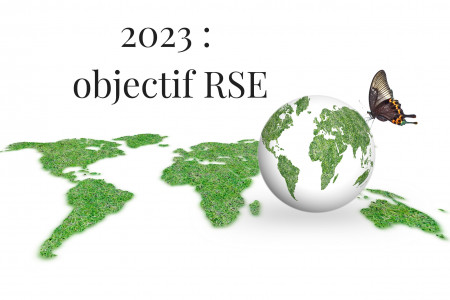 2023 will mark an acceleration of the consideration of CSR criteria in the choice of event suppliers. Constrained by the... More information 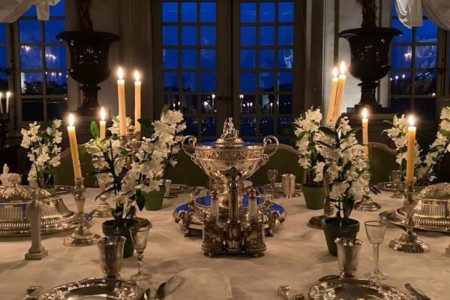 Few are those who remain insensitive to therich and magical imagination of château: rooms in enfilade, parquet floors and marquetry freshly waxed,... Read more

Posted 1 week ago by elisabethbarbier

The year 2023 holds many surprises and... Read more

Posted 1 month ago by Diane