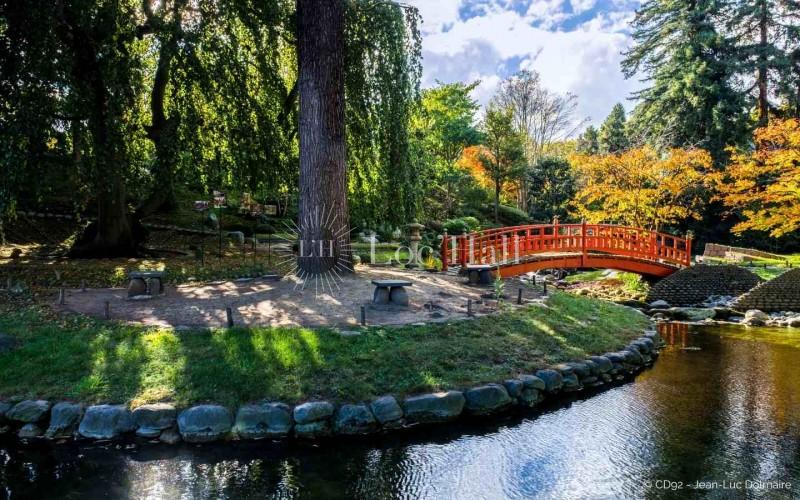 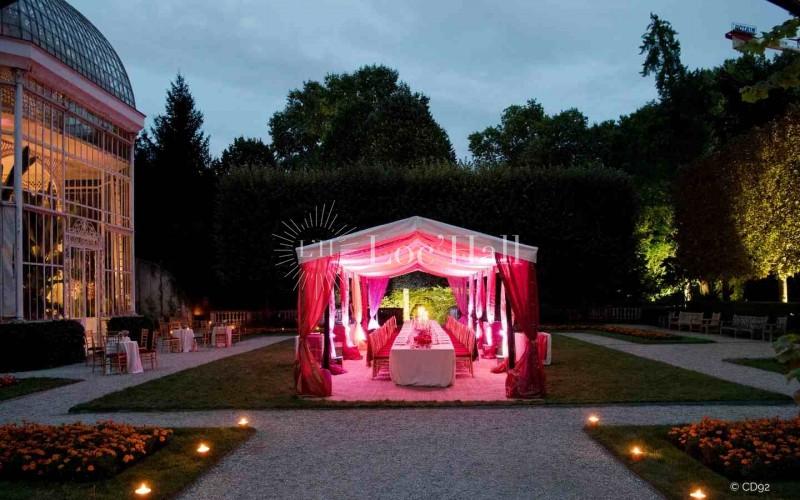 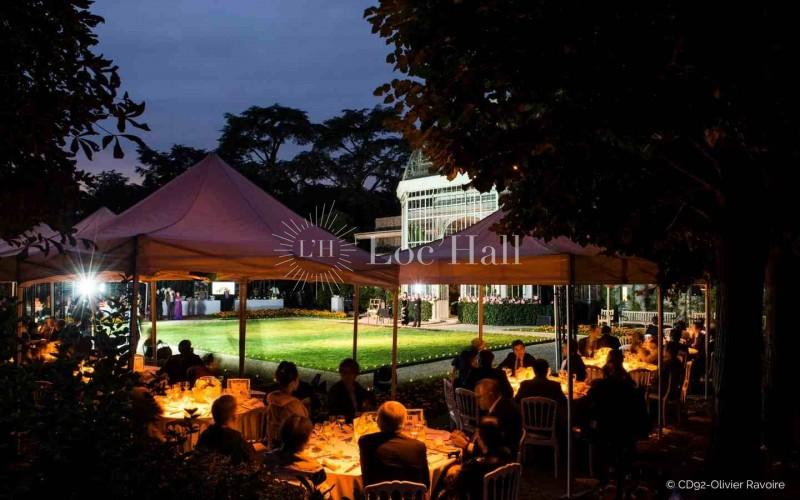 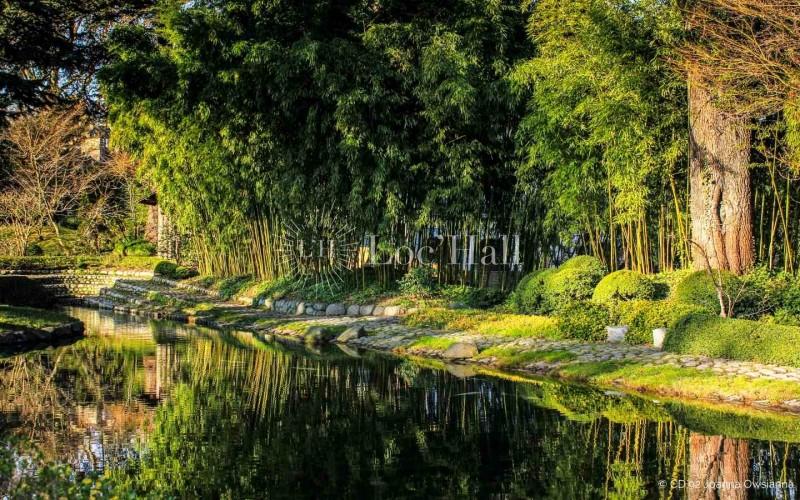 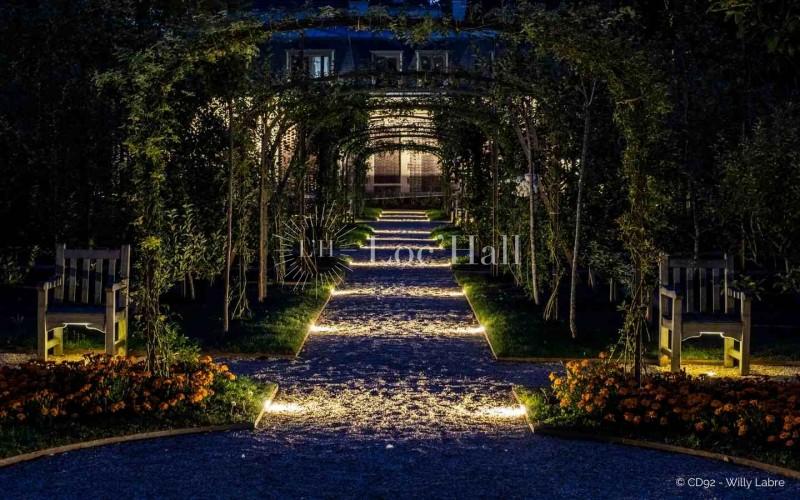 Book the Albert Kahn Garden, a sensory escape in an exceptional place at the gates of Paris

The four hectares of gardens (Japanese, French, English, Blue Forest, Vosges...), an integral part of the collections, are open to visitors as viewpoints on some of the most beautiful landscapes in the world, allowing a plant journey around the world.

In the image of Albert Kahn's humanist ideals and his Archives of the Planet project, this landscaped area is composed of species from all over the world.
Just a stone's throw from Paris, the Albert Kahn garden offers the ideal setting for your events, to welcome your clients or collaborators, or to organize film shoots, photo shoots... At nightfall, the garden benefits from a brand new "scenographic" lighting system, allowing visitors to have a new approach to the place.

The French garden and the orchard-rosery

The design of the English garden, which adjoins the French garden, is entirely guided by the search for naturalness: untrimmed shrubs and trees, undulating lawns, bulbs blooming in spring. A river flowing into a basin evoking a cliff and a small cottage inspired by traditional Norman architecture underline the picturesque character of the scene. A stone balustrade reveals the English garden from the French garden. Opposite landscape models, these two scenes communicate thanks to a clever play of transitions.

This new garden replaced the one Albert Kahn had created in 1909. Designed in 1988-1989 by the landscape architect Fumiaki Takano, this original work pays tribute to the life and work of Albert Kahn. This garden is traditional in its compositional elements: one finds for example the transposition of the Japanese landscape in the evocation of mountains, waterways, waterfalls and rice terraces.
A village composed of a tea pavilion and two traditional houses transports the walker to that part of Asia dear to Albert Kahn. It has been restored in 2015 with respect to its original appearance, and according to traditional Japanese construction techniques.

- The golden forest and the meadow
The weeping birches, which in autumn are adorned with a coat of golden leaves, have given their name to this part of the Albert-Kahn garden. The spruce trees, whose young shoots take on a very luminous hue in April, complete the meaning of this name. In the meadow, priority is given to colors and plant forms.
- The blue forest
The blue forest takes its name from the Atlas cedars and Colorado spruces that are planted on an area of 1,340 m². These conifers form a thick blue curtain of vegetation all year round. Through the branches of blue thorns, one can see the marsh, consisting of two small artificial ponds. With their aquatic species (water lilies, reeds, water iris...), these two ponds evoke a small water garden reminiscent of Claude Monet's garden in Giverny.
- The Vosges forest
This forest is directly linked to the life of Albert Kahn, a native of the Bas-Rhin: he wanted to recreate a mountainous setting full of childhood memories. The consequences of the 1999 storm were the occasion for a complete restoration of this parcel. In the heart of the Île-de-France region, this woodland scene is an invitation to travel.

Configurations and capacities of the Albert-Kahn Garden

The forests and the Japanese village can be privatized for shootings and filming.

The privatization of spaces is possible for a half-day (4 consecutive hours between 9am and 6pm), a day (from 9am to 6pm) or an evening (4 consecutive hours between 6pm and midnight) subject to availability and the cultural program of the departmental museums.
All requests for privatization must be submitted no later than two months before the desired date of the event.

All spaces are rented without equipment.

Special tours of the Albert-Kahn Garden

Privileged visits, real moments of sharing, can be organized to measure. Quote on request. 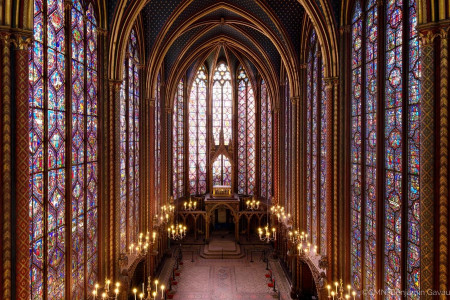 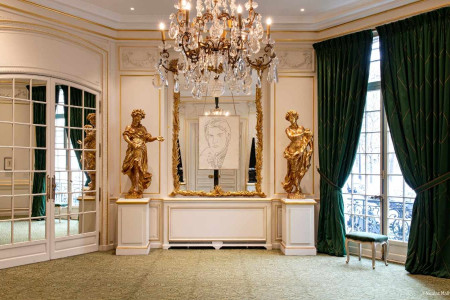 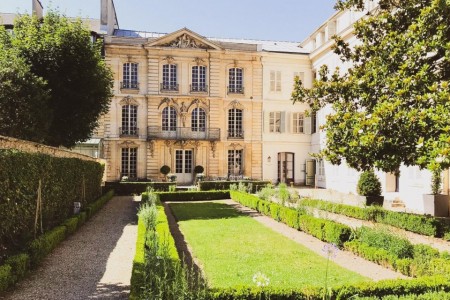